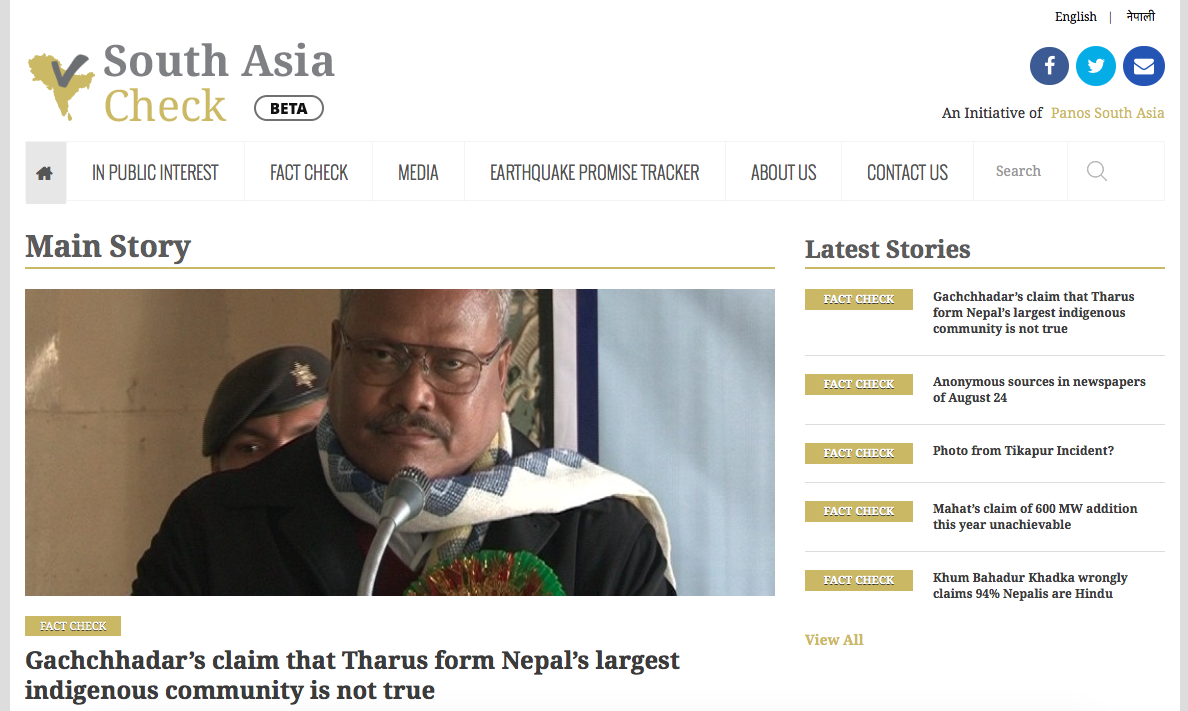 Panos South Asia launched their new fact-checking initiative, South Asia Check. It went "live" this last Monday, and was almost immediatey sollicited for real-time fact-checking when a violent clash between police and protesters broke out in Tikapur, Western Nepal.

A fact-check of a photo of a burning man was used by a Nepali blog, giving the impression that it is from Tikapur. Fact-checking helped identify the picture really being a 2012 photo from Florida.

Panos South Asia says that positive "feedbacks are pouring in", and hopes the initiative, currently limited to Nepal, will be extended to the whole South Asia region as soon as possible. Fact-checking will focus mostly on regional politics, government and media.